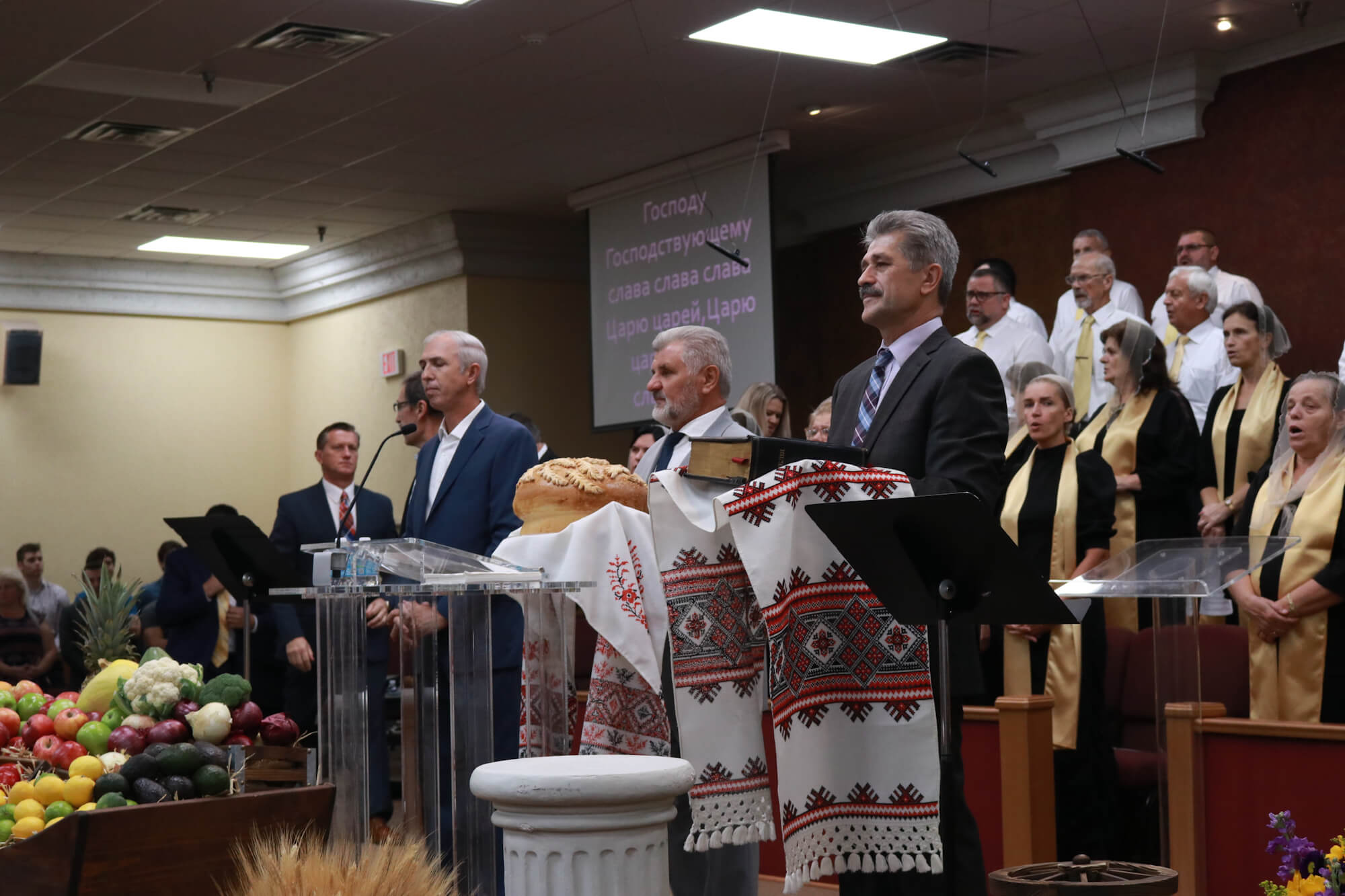 We are a full gospel church located in North Port, FL. We believe in the Holy Trinity – God the Father, God the Son, and God the Holy Spirit.

In 1992, Frist Slavic Pentecostal Church was established in the city of North Port, Florida. Before that, a group of believers regularly came to Florida for the winter period. Such as the family of Joseph Karasey from Ohio and Galina Pavlova from Canada. Sister Vladya, a resident of North Port, constantly presented her estate for the education and growth of the local church families. Including the families of Peter Nestertsov, Vladimir Melnichuk, Yaroslav Stsiborsky, Fyodor Korzhuk, and others who moved to North Port. The first church gatherings were held in the house of Joseph Karasey. In November 1993, the Church was officially registered and received the legal status of existence in the state of Florida.

From 1992 to 1999, services were held in a rented building. In 1999, FSPC was able to purchase its own building. With God's blessing and the assistance of the Holy Spirit, the church continued to grow and expand. In the cities of Miami and Clearwater branches of the local church were opened. In addition, the church strengthened relationships with churches throughout Florida in cities such as St. Petersburg, Orlando, Jacksonville, and churches of neighboring states. In 2002,  Illarion Maslo was elected to be the senior pastor of FSPC, due to the fact that, Pastor Peter Nestertosov moved to a different state. At the time there were more than 200 members in the church. From 2002 to 2018, God blessed the church in the city of North Port abundantly and the number of church members nearly tripled. During this time, four choirs were formed and are serving the church: the main choir, mixed choir, youth choir, and the children's choir. There are several music groups in the church, through which the name of the Lord is glorified. Our children's ministry includes Sunday School, Teen Bible School, and Ukrainian/Russian School.

As the church grew, new ministers were ordained and joined the different ministries of the church. The church building and its property underwent multiple repairs and remodels. In addition, a charter bus was purchased for visiting ministries around the east coast states. In November 2011, a rehabilitation center was opened in which people from different states can come and undergo rehabilitation on a Biblical foundation. In December 2012, a building was purchased for the center not far from the church.

In recent years, more Slavic people have moved to Florida, and the number of Slavic churches has grown. As one of the first in Florida, FSPC maintains friendly relations with the state churches, developing interchurch fellowship. On March 22, 2014, Pastor Illarion Maslo was elected minister of the churches in Florida, serving as coordinator of Slavic churches of the state of Florida. At this time we have friendly relations from the 15 churches of the state.

First Slavic Pentecostal Church continues to spread the gospel and financially support churches in countries such as Ukraine, Belarus, Russia, India, Nepal, Mexico, Guatemala, and Africa. FSPC is very international with people of various nationalities such as Ukrainians, Belarusians, Russians, Armenians, Kyrgyz, Georgians, Chuvash, Moldavians, Jews, and others. We uplift and support each other in the various ministries of the local church, edifying each other with the gifts that God has given us. We are strengthened in faith and hope, waiting for the day of the coming of our Lord Jesus Christ. In November 2018, the church celebrated its 25th anniversary.

If you would like to become a member, please click here to fill out our application. Someone from our minister's will reach out to you afer they review the application.